What about Central America? 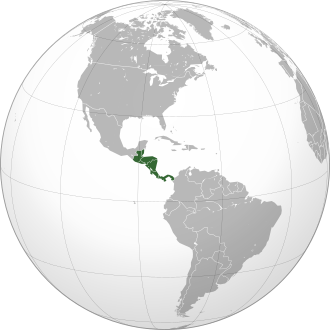 Guatemala officially the Republic of Guatemala (Spanish: República de Guatemala), is a country in Central America bordered by Mexico to the north and west, Belize and the Caribbean to the northeast, Honduras to the east, El Salvador to the southeast and the Pacific Ocean to the south. With an estimated population of around 16.6 million, it is the most populated country in Central America.

Are you wondering about Guatemalan experience?

What about El Salvador?

El Salvador officially the Republic of El Salvador (Spanish: República de El Salvador), is a country in Central America. It is bordered on the northeast by Honduras, on the northwest by Guatemala, and on the south by the Pacific Ocean. El Salvador's capital and largest city is San Salvador. As of 2018, the country had a population of approximately 6.42 million, making it the smallest and second-least populated country in Central America. For millennia, the region was controlled by several Mesoamerican nations, especially Lenca, Mayans, then later the Cuzcatlecs. Archaeological monuments also suggest an early Olmec presence around the first millennium BCE. In the beginning of the 16th century, the Spanish Empire conquered the Central American territory, incorporating it into the Viceroyalty of New Spain ruled from Mexico City. However the Viceroyalty of Mexico had little to no influence in the daily affairs of the isthmus, which was colonized in 1524.

Are you wondering about El Salvador experience?

Nicaragua, set between the Pacific Ocean and the Caribbean Sea, is a Central American nation known for its dramatic terrain of lakes, volcanoes and beaches.

Are you wondering about NICARAGUA experience?